The Izumi combines small dimensions with great music reproduction. Not every customer with the highest demands for vivid music reproduction has the space for a floorstanding loudspeaker. As a bookshelf speaker, the Izumi is ideal for small to medium-sized living rooms and can be flexibly integrated: on a speaker stand or in a shelf system. Its efficiency and tuning allow the Izumi to be driven by a variety of tube and transistor amplifiers.

“The quality and authenticity of the vocals is the best I have ever heard. Although it is a small speaker, you get the impression that you are listening to a big one.”

In order to keep the deviations between the channels as small as possible, we use selected components in the crossovers with a maximum deviation of only one percent. Only non-aging components (film capacitors) are used. The Izumi works with capacitors from WIMA. The inherent sound of these capacitors extends the sound image and harmonizes perfectly with the sound character of the tweeter. The round wire air-core coils used come from Mundorf.
In most loudspeakers in the high-end range, the crossovers are built on Pertinax boards and the individual components are connected by conductor solder paths. In contrast, the crossovers of the Midas are wired by hand, soldered point to point and then mechanically secured to avoid movement of the sensitive components and thus negative influences on the sound. The point-to-point wiring minimizes electrical transitions in the signal path. What is regarded as a quality feature in high-quality tube amplifiers is rarely implemented in loudspeaker construction as consistently as in ODEON AUDIO products.

A one-inch compression tweeter is driven by a strong neodymium magnet. The result is a driver that guarantees highest resolution and ultra-fast reproduction. The extended reproduction of the highest frequencies gives the rest of tonal range that special quality. With a linear transmission of over 24,000 Hz, the Izumi covers a frequency band that is significantly extended upwards compared to Orfeo and Midas. This allows an improved spatial reproduction of the Izumi. These qualities are supported and significantly enhanced by the use of the ODEON AUDIO birch multiplex horn. The horn functions as a mechanical amplifier that relieves the tweeter and thus contributes decisively to a relaxed sound character while providing highest resolution.

Like the ODEON AUDIO floor standing loudspeakers, the Izumi also uses a downward firing bass reflex system. The downward orientation of the reflex tunnels ensures easier acoustic integration into the living room. Every room has so-called room modes
as a result, strong bass peaks often occur. The downward firing bass reflex system stimulates these room modes much less than conventional solutions in which the reflex tube faces the rear wall. This principle allows the Izumi to be accommodated both horizontally and vertically in shelf units and sideboards without negative bass rezoning effects.

The low-midrange driver is made by the renowned Danish company Scan Speak. Like the tweeter, this driver is a custom-made product outside of normal mass production. By a combination of a handmade and coated cellulose cone with a very fine and flexible rubber surround and fabric centering, this system impresses with an extremely controlled bass and outstanding midrange characteristics unique in this price class. The bass-midrange driver is also refined with a double magnet, which further increases the magnetic force acting on the voice coil that significantly improves the efficiency and sonic characteristics. 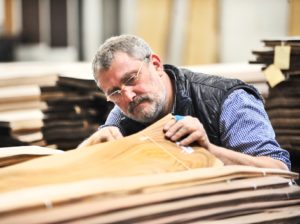 The cabinet material is a decisive factor for the sonic properties of low and mid-range reproduction. It is important to avoid disturbing resonances and thus exclude discoloration effects. Plywood has always been the preferred material when it comes to implementing special loudspeaker concepts. The plywood, which consists of many cross-glued individual veneer sheets, is particularly stiff and therefore very resistant of resonance effects.

compact floorstanding loudspeaker with an outstanding efficiency of 95 db 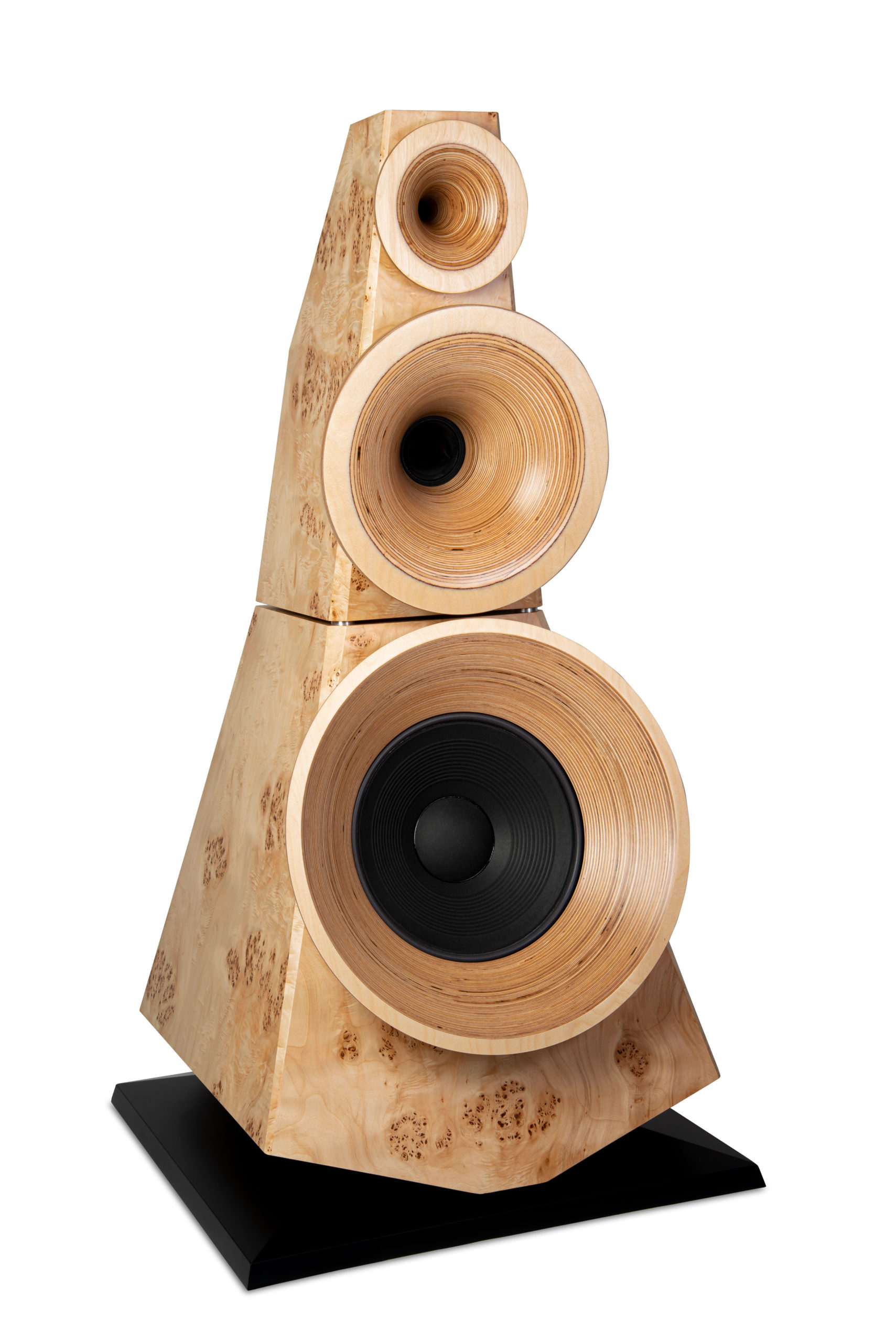